On Thursday, October 11th, there will be a group of exhibitions for the Main Galleries, Sculpture Garden and Carriage House.  The gallery will have eight solo exhibitions of painting, sculpture and Installation. The work will be on display through November 4th with a reception for the artists on Saturday, October 13th from 6:00 until 8:00 p.m. 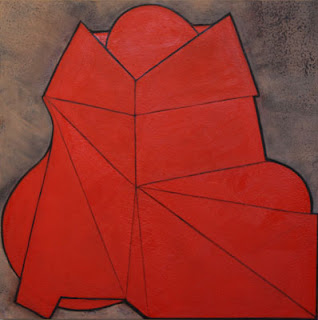 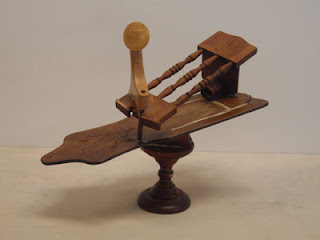 Andrew Dunnill's exhibition has been extended for another month.
"Essentially abstract my sculptures employ metaphor to evoke the poetry of an object with many associations. They grow out of drawing and an intuitive response to material, form and space. I imbue the sculptures with an intimate, human and monumental scale in an attempt to emphasize the subject matter and heighten spatial awareness. In this body of work I am exploring the inherent qualities that wood has to offer as a material to influence my sculptural language and sensibility." Project Space
Dionisio Cortes and Letitia Ortega Cortes
The Swing, 2012
A two-person in-situ installation by Leticia Ortega and Dionisio Cortes for John Davis Gallery
Rope, wood plank, dry trees, video projection, screen, speakers
Dimensions variable
"The pumping of a swing is almost a magical process. There is no external agent driving it higher; the driving is entirely internal. It seems to defy the laws of physics. Of course it is also magical as an experience as pointed out by Robert Louis Stevenson in his Child's Garden of Verses:
The Swing
How do you like to go up in a swing
Up in the air so blue?
Oh, I do think it the pleasantest thing
Ever a child can do!
Up in the air and over the wall,
Till I can see so wide,
Rivers and trees and cattle
and all Over the countryside
Till I look down on the garden green
Down on the roof so brown
Up in the air I go flying again,
Up in the air and down!


While there is not much information as to determine when the first person tied a seat to a rope and swung back and forth like a pendulum (there are images of swings and riders on pottery from Ancient Greece), we know the swing is one of the world’s most recognized recreational contraptions.
It seems that by the late 1700s, children in the United States had developed the art of hanging rope and wood plank swings from trees to get their daily dose of adrenaline. Most agree that the concept of swinging is the natural byproduct of youngsters having fun on barn ropes and pulleys. These moved out to the swimming hole where a well-placed rope in an overhanging tree was enough to keep the kids busy for hours.
As the digital world continues to expand into more and more areas of our lives, a profound human need to experience and/or re-experience the real and physical has also arisen. Our current installation is presented as a sort of livable diorama, a hand-built construction depicting a made-up environment. This proposed alternative vision of landscape invites and tempts the visitor to create and/or re-create the magical process of swinging within a re-imagined reality."
Dionisio Cortes & Leticia Ortega Cortes
2012

Bruce Gagnier's exhibition is extended for a second month. 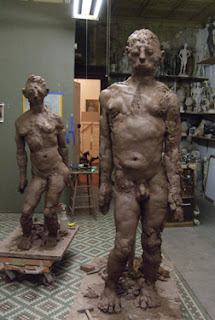 "Working from the inside out, as a modeler, I have tested the image of the figure, sometimes too severely, relying on the method of the sketch, while also being very aware that the norms of the past criticize me. Made up of many parts recovered from memory, my image of the figure comes from other times and places but which single time or place exactly I don’t know. I would like to think that, as they emerge and meet with the terms of the space around them, they express their own inner life on the surface of their bodies and that this is the meaning of what might appear to some as distortion. It is important to point out that distortions in the figure can lead one to legitimate, real definitions of experience such as will, faith, and desire.
The turmoil of modeling in clay leaves its own record of itself behind, and this determines much of the final look and feel of the figures as people in the flesh.  One hopes that the turmoil is dedicated to the equation of deciphering the relation between the inner life and its relation to the world and that it does not stray into aesthetics, particularly those bound to the surface.  I feel that, as the figures emerge from the clay they become involved with their own ideas about themselves. Their image and its potential for solidification come into conflict with my own desire for revelation.    I think most of my figures, as I imagine they would want to be, would prefer to be classical in every way but they know themselves, as I get to know them, and our situation does not allow this as a legitimate solution.  While acknowledging their imperfections, they also must fend off the pressures of the world to conform to readymade identities.  As for anatomy I learn it over again for each figure and must remember the parts as necessary to the action and adapted to the character performance of each actor.  Any thoughts I might have had at the beginning disappear as they find themselves as a personage and push me aside. I have always thought that if I make a good figure, then I will have made a sculpture. The figure is the first and the important thing.
The figure in contrapposto can assume many positions. The difficulty is finding a pose that does not repeat or form a quote around the content of another time, particularly that of beauty or idealism. It is important that they are experiential. There is not much space to park oneself in the subject of the single figure. One feels surrounded by great solutions. There is no escape through exaggeration and caricature because it too is cliché. Irony in relation to one’s own seriousness is useful.  The most important aspect of the human figure is that it can move and specifically that in the process of finding itself, it does move and more to the point, in and out of meanings. My forms employ the rather de-accessioned method of hill and valleys. The valleys are especially important because, although they interrupt the solidity,   they bring space into play across the surface of the form and help put the people as sculpture at a distance from us. . These are provisional people, each one trying to arrest the process as I have described it at a moment which will help the next figure better engage the problems I have tried to outline."
Bruce Gagnier
2012 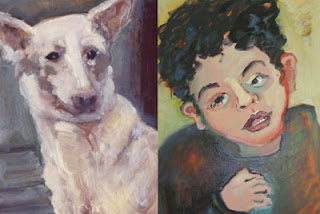 "This exhibit has selections from two different bodies of work twenty years apart.  Both are portraits.  Both have a starting point with an obvious personal attachment to subject matter, as well as a more naturalistic approach than most other previous works. Within a fifty year period of making art, my evolution has often been non-linear stylistically. A retrospective might resemble a large group show."
Cynthia Carlson
2012 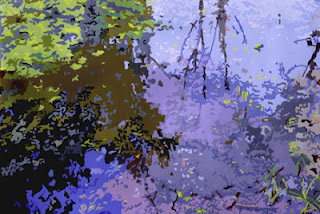 "These paintings are inspired by the idea that images are products of the mind.  Looking is practice for seeing. The brain creates the image, weaving together optical signals and a wealth of stored information and experience.       Attention builds beauty."
Carrie Waldman
2012 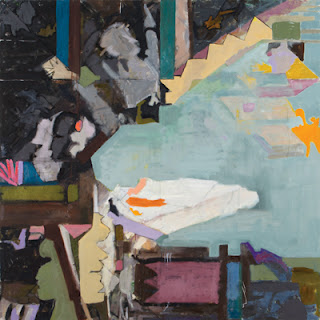 "I am interested in the flow of the organic forms juxtaposed against the underpinned
geometry of the picture plane, the interplay of the curve against the straight.
Engaged with an unusual landscape or an unexpected image from the natural world, I
explore the possibilities generated for my work. The resulting paintings and drawings
have been deconstructed and reconstructed over days or years.”
Lois Dickson
2012 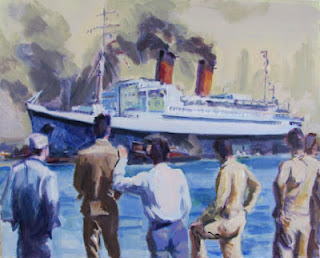 “I have no obvious explanation for my life-long fascination with ships.  I did not grow up around a port, no one in my family was associated with shipping or the sea, nor have I ever traveled on an ocean-going ship.   None of these facts have prevented me from avidly studying the passenger ships of the last century and the people brought together by this kind of travel.   The present group of paintings of famous ships is recent evidence of my curiosity."
McWillie Chambers
2012
“Today a rude brief recitative,
Of ships sailing the seas, each with
Its special flag or ship-signal,
Of unnamed heroes in the ships- of
Waves spreading and spreading
Far as the eye can reach,
Of dashing spray, and the winds
Piping and blowing,
And out of these a chant for the
Sailors of all nations,
Fitful, like a surge.
“Song for All Seas, All Ships”,  Walt Whitman

Gallery hours are Thursday through Monday, 10:00 till 5:00 p.m.  For further information about the gallery, the artists and upcoming exhibition, visit