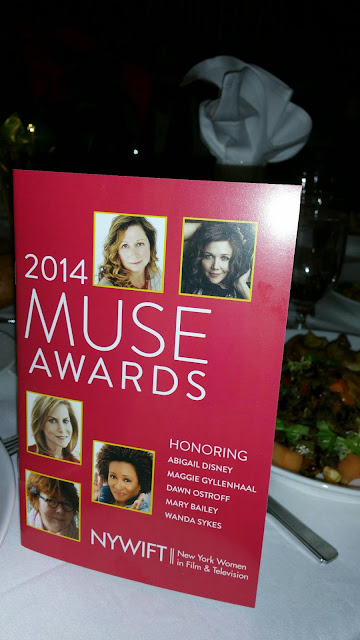 Posted by Fine Art Magazine on December 11, 2014 No comments:

Athena Film Fest: Are You ready!!!!

THE FIFTH ANNUAL ATHENA FILM FESTIVAL:
A CELEBRATION OF WOMEN AND LEADERSHIP

The Athena Film Festival is proud to unveil this year’s recipients of the Athena Film Festival Awards, which honor actors, directors, producers and other members of the film industry for their leadership and creative accomplishments.  This year’s awardees include Sheila Nevins, President of HBO Documentary Films, Gina Prince-Bythewood, director, writer and producer behind films such as Love & Basketball, The Secret Life of Bees and Beyond the Lights, and Cathy Schulman, Academy Award-winning producer, President of Mandalay Pictures, and President of Women in Film, known for films including Crash, The Illusionist, Darfur Now and Bernie.

The Athena Film Festival is also pleased to announce the return of the Athena List, which has been called the “gender conscious cousin” of The Black List, and highlights 3-5 completed screenplays with strong leading female characters that have yet to be made into films.  The festival will also illuminate the story and process behind some of the featured films with Q&A panels including cast members and filmmakers.  Ticket holders will have the opportunity to learn from a range of industry leaders, both behind and in front of the camera, with a curated program of master classes.  Full information on these programs will be released January 2015.

“We could not be more proud to see the festival celebrate its fifth year shining a light on women as creative, inspirational and essential pillars of the entertainment industry,” said Regina K. Scully. “As founding sponsor we are privileged to have seen the festival grow and to continue participating in what is certain to be one of the most dynamic programs to date.”

“This year’s awardees epitomize the leadership and ingenuity that women bring to the entertainment industry everyday,” said Kathryn Kolbert, co-founder of the Athena Film Festival and Constance Hess Williams Director for the Athena Center.  “We are excited for the festival to once again bring the Barnard community and campus to life with film and entertainment fans embracing all the festival has to offer.”

“We are thrilled to reveal the women we are honoring at this year’s festival, and look forward to announcing the full slate right after the new year,” said Melissa Silverstein, co-founder and Artistic Director of the Athena Film Festival and founder of Women and Hollywood. “As a festival we continue raise the visibility of accomplished women in the industry and create a four day celebration of work that highlights women's leadership in ways that are courageous and thought-provoking.”

Early bird passes for the festival are now available online.  Individual ticket sales and the announcement of the lineup will take place in early January 2015.  Please visit http://www.athenafilmfestival.com for regular updates, announcements and to purchase passes.

ABOUT THE ATHENA FILM FESTIVAL
Now in its fifth year, the Athena Film Festival -- a celebration of women and leadership -- is an engaging weekend of feature films, documentaries and shorts that highlight women’s leadership in real life and the fictional world. The four-day festival, which includes conversations with directors, producers and actors, as well as activities for filmmakers, will be held Feb. 5-8, 2015 in the heart of New York -- at Barnard College (117th & Broadway).

ABOUT WOMEN AND HOLLYWOOD

Women and Hollywood educates, advocates, and agitates for gender parity across the entertainment industry. In only seven years, it has grown to be one of the most respected sites focused on women's issues and popular culture, and its founder, Melissa Silverstein, has become a well-respected leader on the subject.  For more information, visit: http://blogs.indiewire.com/womenandhollywood/

ABOUT THE ATHENA CENTER

Established at Barnard College in 2009, the Athena Center for Leadership Studies is a catalyst for the education, development and advancement of inspired and courageous women leaders worldwide. Renowned civil rights attorney, Kathryn Kolbert, is the Center’s Constance Hess Williams Director.  For more information, visit: http://athenacenter.barnard.edu/

The idea was bold for its time. Founded in 1889, Barnard was the only college in New York City, and one of the few in the nation, where women could receive the same rigorous and challenging education available to men. This year, Barnard celebrates 125 years as the premier liberal arts college for women at Columbia University and remains devoted to empowering extraordinary women to become even more exceptional. For more information, visit www.barnard.edu.

#Fineartmagazine
Posted by Fine Art Magazine on December 09, 2014 No comments:

Great 25th Anaversary party wish all were there from
#fineartmagazine 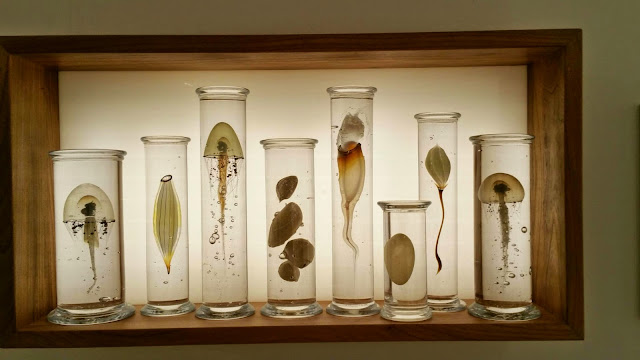 Posted by Fine Art Magazine on December 03, 2014 No comments:

Posted by Fine Art Magazine on December 01, 2014 No comments: