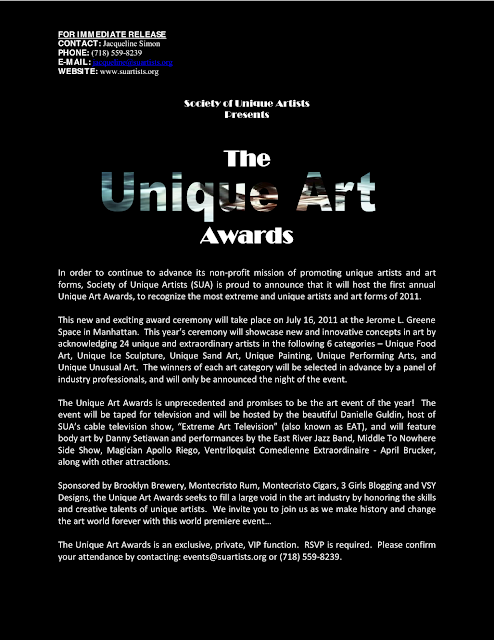 Become an International Art Star. Now for the first time, the selected artist of the 3rd Ward Open Call will get to show his or her work in a solo presentation at Art Taipei AND a solo show in New York City. Introduce your artwork to the world's most vital community of international art world players, including artists, collectors, curators, gallerists, and critics from both sides of the globe.

The world is yours, if you want it. Click Here to Register

The Selected Artist Will Receive:

All participants will be considered for the $1,000 People's Choice Award

Get your work before the eyes of our esteemed jury panel:

Who We are
The 3rd Ward Open Call is a global search for dynamic, inventive and provocative work in all mediums: sculpture, painting, photography, illustration, installation, design, performance, video and more. This is your opportunity to be an international star.  Learn More >> 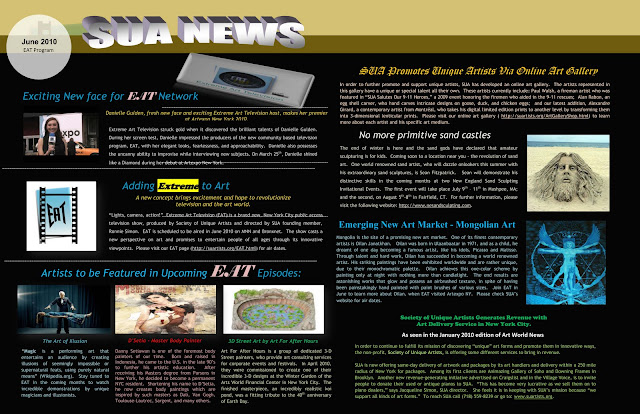 Click To Enlarge
Posted by Fine Art Magazine on June 28, 2011 No comments:

Win a documentary film about your art and a solo show at Rogue Space | Chelsea.

Following the success of our 2010 international, all-medium juried art show and award of the top prize of our "Artists Exhibition Package", FilmsOnArtists is proud to announce our 2011 competition.
40 artists will be juried by our judge David Masello for a show at our gallery Rogue Space | Chelsea. From that show one artist will be selected to have a solo show, reception and a screening of the documentary we create about their art.
As an artists friendly initiative FilmOnArist does not take commission from sales. However we ask that artists who sell work during our juried show make a tax-deductable donation to FOA's Haitian Children's Art Project at the Maranatha School and Orphanage in Port-Au-Prince.
FilmsOnArtists (FOA) is a new media production company based in the Chelsea district, NYC that creates enlightening and inspirational documentaries about artists around the globe. Our intent is to illuminate and educate via the experiences of the creatives who are interpreting our world.
526 West 26th Street, 9E  New York, NY 10001
info@roguespacechelsea.com

Art Hampton& on the Set Of Royal Pains

Art Hampton's on the Set Of Royal Pains , a set on Flickr.
This was a fun visit to the Set of Royal Pains. Ann Chwastsky set up the recreation of the ArtHampton's opening night Gala with the Royal Pains staff. Rick Freidman has organized a great ArtHampton real life opening July 8-10, 2011 July 7 Opening Preview to benefit LongHouse Reserve
Sayre Park, 154 Snake Hollow Rd, Bridgehampton, NY.

Royal Pains recreated the opening night Gala of Art Hampton's tent and all. I think you will see Rick and Cindy Lou on the new Royal Pains episode which airs 7/16 on the USA network.

I had Fun Thanks Rick for including Fine Art Magazine 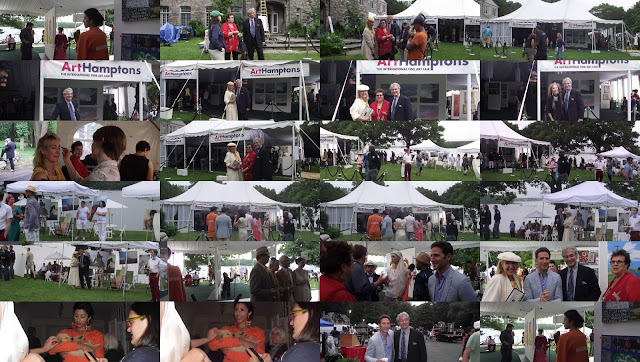 Located at Sayre Park, the fair will feature a significantly upgraded building construction and infrastructure from last year. It will be one massive open room, a 50,000 square foot modular building with thicker flooring, a dramatic glass façade lobby, impeccable climate control, a movie theater, and a larger parking area. Show hours will be Friday, July 8, 11 a.m. to 7 p.m., Saturday, July 9, 11 a.m. to 7 p.m., Sunday, July 10, 11 a.m. to 6 p.m. Sayre Park is located at 154 Snake Hollow Road, Bridgehampton, NY. For tickets and information go to www.arthamptons.com.
Posted by Fine Art Magazine on June 21, 2011 No comments:

MORA: VICTORIA KOVALENCHIKOVA,The opening reception will be held on Saturday, June 18th from 3pm to 6pm

THE MUSEUM OF RUSSIAN ART

The opening reception will be held on Saturday, June 18th
from 3pm to 6pm

The artist will be present

The closing reception will be held on Friday, June 24th
from 4pm to 9pm

Exhibition hours: June 18th-June 26th from 2pm to 6pm and by appointment.
Museum will be closed on Monday,June20th and Tuesday,June 21th
Posted by Fine Art Magazine on June 18, 2011 No comments: 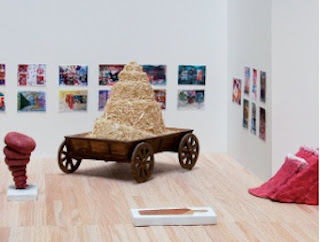 The Hamptons were fun this weekend.  Enjoy our pictures from two of the events Fine Art Magazine attended.