Happy New Year From Fine Art Magazine to all

We are Wishing you Peace and Prosperity from Fine Art Magazine to all of our readers, fans and friends.

The added snow Below  in the giff is via Google images app. I love the automated flakes falling on the sunny San Diego Flamingo's . The Orangatang reminds me that we share this planet with other creatures close to us. The Snow Leopard is already endangered. You deside how you want our planet to look by your creative acts and input. Have a blessed New Year

Share you art, harts creative musing and all with Fine Art Magazine and our social Networks in the New Year to come. . 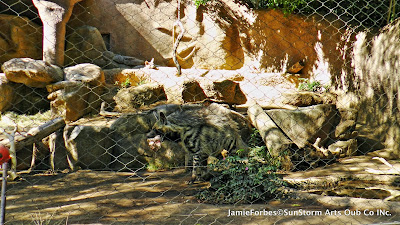 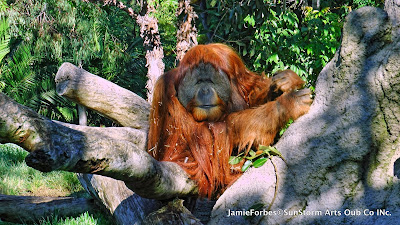 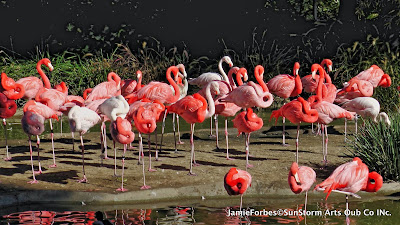 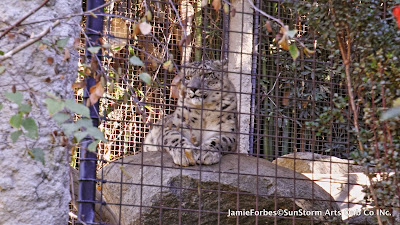 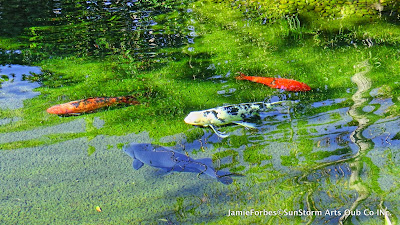 #fineartmagazine
Posted by Fine Art Magazine on December 29, 2013 No comments:

On Thursday January 2nd, 2014 there will be a solo exhibition by Mark Tambella.  The work will be on display through January 26th with a reception for the artist on Saturday January 4th from 6:00 until 8:00 p.m. 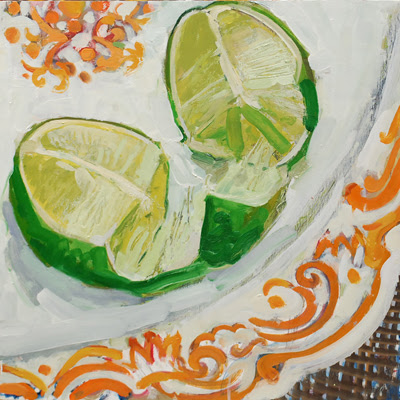 Mark Tambella is presenting a continuing group of new paintings seeking to locate the aesthetics of objects in the dream space of painting. Whether from composed still life of arbitrarily selected objects to arbitrarily selected landscape; each seen and selected and painted from multiple vantage points there remains the qualities of a group of imagined small scenes. Using various painting translucencies to layer these changing colors and forms over each other, sometimes scraping away these effects, the exposed light and dark markings produce a movement which animates these scenes with sympathetic characters.
Gallery hours are Thursday through Monday, 10:00 till 5:00 p.m.  For further information about the gallery, the artists and upcoming exhibition, visit
www.johndavisgallery.com
John Davis Gallery
362½ Warren Street
Hudson, New York 12534
or contact John Davis directly at 518.828.5907 or via e-mail:  art@johndavisgallery.com.
#fineartmagazine
Posted by jamie.jamieforbes@gmail.com on December 28, 2013 No comments:

Posted by jamie.jamieforbes@gmail.com on December 28, 2013 No comments:

Posted by jamie.jamieforbes@gmail.com on December 25, 2013 No comments:

John Dilg This Land is Your Land

Posted by jamie.jamieforbes@gmail.com on December 23, 2013 No comments:

Posted by jamie.jamieforbes@gmail.com on December 23, 2013 No comments:

Season’s Greetings from Kashya Hildebrand
As 2013 draws to a close, we would like to take this opportunity to thank you for your support over the past year. We have an exciting roster of exhibitions lined up for our new London gallery in Fitzrovia and will have our first inaugural exhibition in our London project space. Our Zurich gallery will mark its final exhibition with acclaimed Japanese sculptor Akiko Sato.
Both galleries will be closed as of December 23rd and will reopen on January 6th. For any enquiries during this period please contact kashya@kashyahildebrand.org or for press queries contact anna@kashyahildebrand.org
Coming up in January 2014:

Marking the Zurich gallery’s final exhibition, the Japanese sculptor Akiko Sato has dedicated the last twenty years to an in-depth exploration of the manifold notions and concepts of time. Her sculptures in marble, granite, alabaster or onyx give tangible forms to these abstract concepts. Viewing the sculptures from all sides and exploring their forms and surfaces by touch triggers forgotten memories and experiences. In her works a linear understanding of time is replaced by a completely open approach to past, present and future where apparent symmetries are broken by juxtapositions and intervals of time and space. The metamorphosis from sand to stone and eventually back to dust is a constant reminder of the ephemerality of time.

LONDON
Marwan Sahmarani
Black Moon
9 January - 24 February 2014
Exhibition Preview
In Black Moon, we see Sahmarani’s renewed focus on the medium of oil paint itself. "I've been working with oil for twenty years," says Sahmarani, "and it is only in the last two years that I feel I have really had a breakthrough." From simple compositions of defined lines and graphic figures, Sahmarani’s paintings have transformed. A looser brush stroke dissolves into a symphony of colour not unlike those found in his new home by the Mediterranean. Over the years, defined figures and human shapes have dissipated to make way for freer forms and a bolder application of colour. The smooth, flat surface on his canvas has given way to swathes of thick impasto, the texture of his painting taking physical form as a tangible being, with abstract patterns and heavy brush strokes revealing the images lying within.

LONDON – PROJECT SPACE
Lisa Ross
Behind the Dunes
9 January – 31 January 2014
Exhibition Preview
Marking the first show in the gallery’s new Project Space, Behind the Dunes draws its inspiration from a 10-year project on which artist Lisa Ross worked in and around the Taklamakan Desert of China’s far northwest. Here Ross reveals a little known religious tradition in Xinjiang China with its desert shrines to Sufi saints and Muslim pilgrimage sites. Ross discovered wind-battered markers, personal prayers and devotional shrines composed of branches, ladders, cloth and amulets. Her photographs are unassuming and quiet; people are never present and the objects she captures – stone on sand, cloth on stone, the skeleton of a dried animal – have an incandescent glow, as if lit by another sun. Unveiled in Ross’s photographic works is the meditative and spiritual power of landscape, as well as a sense of the sacred with which it is imbued.

The Project Space will feature a selection of Ross’s photographs, while copies of her new book, Living Shrines of Uyghur China, will be available for signing by the artist.

Posted by jamie.jamieforbes@gmail.com on December 20, 2013 No comments: