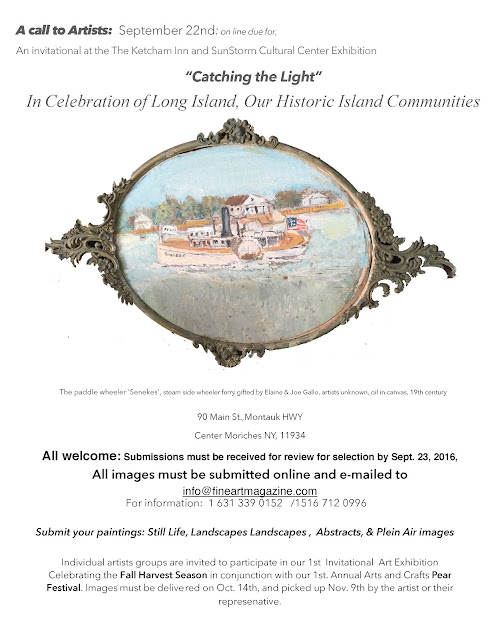 
#fineartmagazine
Posted by Fine Art Magazine on August 24, 2016 No comments:

Elmhurst Art Museum proudly presents the Midwest premiere of BLOW UP: Inflatable Contemporary Art, an exploration of air as a sculptural medium. The exhibition, organized by California-based Bedford Gallery, investigates the imaginative ways that artists use air as a tool for creating large-scale sculpture and opens a dialogue about pop culture and social norms. The exhibition will be on display from September 10 – November 27, 2016.

While inflatable objects are typically associated with advertising, children’s entertainment or holiday decorations, the format has been appropriated by a diverse group of artists to explore complex subjects such as identity, materialism and war. Playing with scale, color and the

“Thanks to the internet and our global economy, artists today have access to an almost limitless toolbox of media and materials, encouraging ever more creative expressions of their ideas,”
said Jenny Gibbs, Elmhurst Art Museum executive director.  Inflatables allow artists to think big with the medium's ease of transport, lightness and relative low cost. Several of the works in 'Blow Up' explore serious issues within gender roles, spirituality and politics, contrasting the weightiness of the content with the lightness of the material.  Patrick Guy Overfelt’s 'Untitled' is a life-size inflatable replica of the iconic car in 'Smokey and The Bandit', literally making light of the overblown masculinity of American pop culture.  Momoyo Torimitsu’s 'Somehow, I Don’t Feel Comfortable' expresses her discomfort with Japan's 'Hello Kitty' culture by forcing two enormous smiling bunnies into a space which is too small for them, a comment on the constricting cultural expectations of Japanese women in what the artist describes as "the cuteness syndrome."

Presented alongside Blow Up: Inflatable Contemporary Art, will be the World Premiere of Birth Death Breath an opera "performed" by inflatable Christmas lawn decorations in various stages of inflation and deflation. Conceived, written and staged by Chicago artists Diane Christiansen and Jeanne Dunning, visitors are invited to move amongst the various inflatable characters as they rise from the ground and begin to sing, seeming to come back to life. In a way that is simultaneously humorous and heartfelt, the installation explores timeless existential questions about the meaning of life and the incomprehensibility of death. Birth Death Breath will be performed at Elmhurst Art Museum from September 22 to November 27, 2016.

BLOW UP Family Weekend
Saturday, September 10 — 12pm
Celebrate the opening of BLOW UP: Inflatable Contemporary Art with a weekend of hands-on art projects, balloon animals and a bouncy castle.

Blow Up: Inflatable Contemporary Art was organized by Carrie Lederer, Curator of Exhibitions, Bedford Gallery at the Lesher Center for the Arts, Walnut Creek, CA. This exhibition was made possible by a grant from The National Endowment for the Arts, plus major support is provided by The City of Elmhurst Community Grant Program.

About Elmhurst Art Museum
Elmhurst Art Museum is located at 150 Cottage Hill Avenue in Elmhurst (IL), 25 minutes from downtown Chicago by car or public transportation (Metra). The Museum is both an international destination for Mies van der Rohe scholars and fans and a regional center where people from Chicago and the western suburbs learn to see and think differently through the study of the art, architecture and design of our time.

The Museum is open Tuesday-Sunday from 11am – 5pm (7pm on Fridays). Admission is $8 ($7 for seniors) and free for students and children under the age of 18.Tuesday is open for tours only. 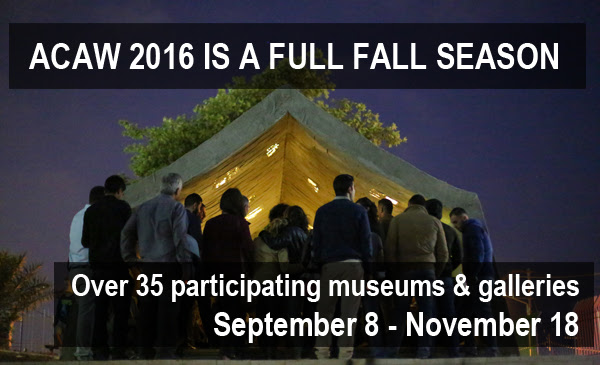