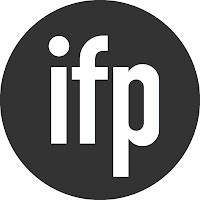 
The Independent Filmmaker Project (IFP), the nation’s oldest and largest organization of independent filmmakers announced today that comedian/writer-director/actor Mike Birbiglia will serve as the host of the IFP’s Gotham Independent Film Awards™ show on Monday, November 26, 2012 in New York City.


“We are so thrilled that Mike Birbiglia will be hosting the Gotham Awards this year,” said Joana Vicente, Executive Director of IFP.   “Coming off an exciting year as a debut director, with a hit film under his belt, Birbiglia’s charm and humor are sure to delight our audience.”


The announcement comes on the heels of the superb theatrical opening of SLEEPWALK WITH ME, Mike Birbiglia’s directorial feature film debut.   An established screen, stage and radio personality has gone on to create three of his own Comedy Central TV specials, after releasing three lauded comedy albums.  He is a veteran comedian having appeared on Letterman, Kimmel, Carson Daly, Conan, Craig Ferguson and Jimmy Fallon.


“I couldn't be more excited about hosting the Gotham awards,” says Birbiglia.  “I've only attended once before; that was as a coat check guy (and I'm not kidding), where I worked with my sister Gina.   I don't mean to brag, but I must have done a pretty damn good job hanging up coats to be asked back to host the thing.   At first I thought maybe they should have asked Gina to host, but then I remembered that she lost a few coats. The point is, I'm really excited about the Gotham Awards! It's truly an honor to be asked by IFP.”


SLEEPWALK WITH ME, an IFC Films release from the creators of THIS AMERICAN LIFE, is based on Birbiglia's one-man show of the same name.  Birbiglia directed, wrote and stars in the film which had its
premiere at the Sundance Film Festival earlier this year where it won the Audience Award.   He also had an extended cameo in Lynn Shelton's YOUR SISTER'S SISTER, another critically acclaimed 2012 film also
released by IFC Films.  In 2010, Birbiglia made his literary debut with Sleepwalk with Me and Other Painfully True Stories. It debuted on the New York Times Bestseller List.  This work, along with his “My
Girlfriend’s Boyfriend”, were both adapted to successful off-Broadway shows which also toured internationally.  Critically acclaimed by Time Magazine, the New York Times and the Associated Press, Birbiglia is a two-time nominee for the Outer Critics Circle and the Drama Desk Awards.  He is the 2011 winner of the Lucille Lortel Award for “Outstanding Solo Show Off-Broadway”, and as an actor he has appeared in the films GOING THE DISTANCE, CEDAR RAPIDS and Lena Dunham's HBO
series "Girls."