Starting Thursday, March 20, MARCH is pleased to present an exhibition of new works by painter Carrie Mae Smith, featuring culinary still lifes rendered in oil on panel and vellum.
Exhibition details can be found below.  Please let me know if you would like the show list or high-resolution images.
Best,
Jessica 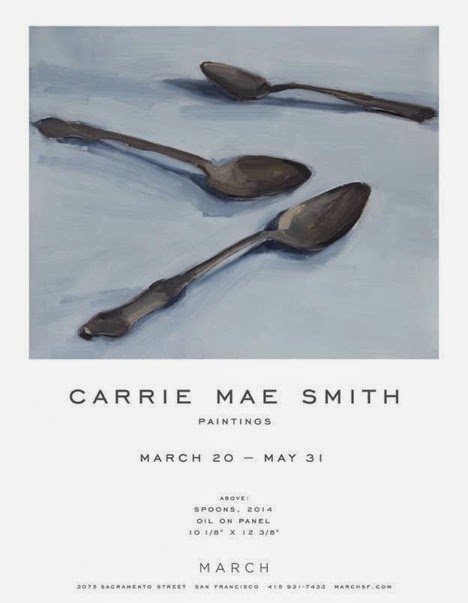 CARRIE MAE SMITH PAINTINGS AT MARCH
San Francisco, CA – March 17, 2014 – MARCH is pleased to present an exhibition of new works by painter Carrie Mae Smith, featuring culinary still lifes rendered in oil on panel and vellum. The show opens March 20, 2014 and continues through May 30.
At once restrained and exuberant, Smith transforms compositions of comestibles, silverware, cutlery and plates into tableaus teeming with resonance and eloquence.  “Food is something we all have a relationship with,” said Carrie Mae Smith.  “My work examines and re-examines these familiar subjects,experimenting with composition, brushstrokes, light and shadow, inviting the viewer to fill in the blanks of both form and context.”
Inspired by Morandi’s simplified still lifes and Wayne Thiebaud’s iconic edibles, Smith’s fascination with food began at a young age while watching countless episodes of The French Chef and assisting her father in his butcher shop, and later developed during her time working as a chef on Martha’s Vineyard.
This is Carrie Mae Smith’s second solo show at MARCH and the store prominently featured her work at FOG Fair.  Her work is included in major private collections. 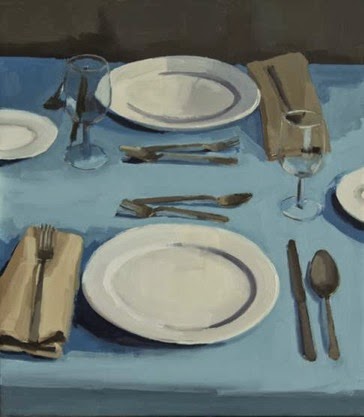 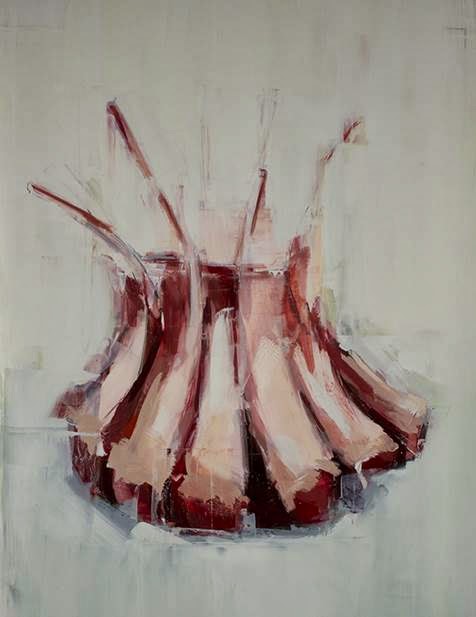 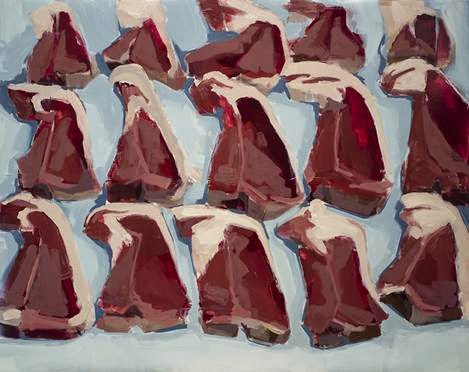 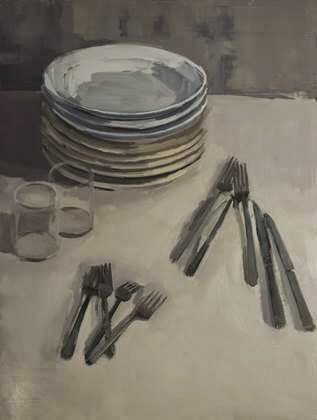 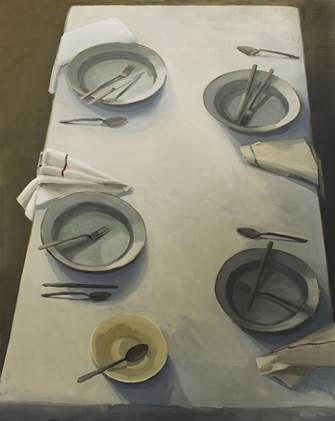 Posted by jamie.jamieforbes@gmail.com on March 17, 2014