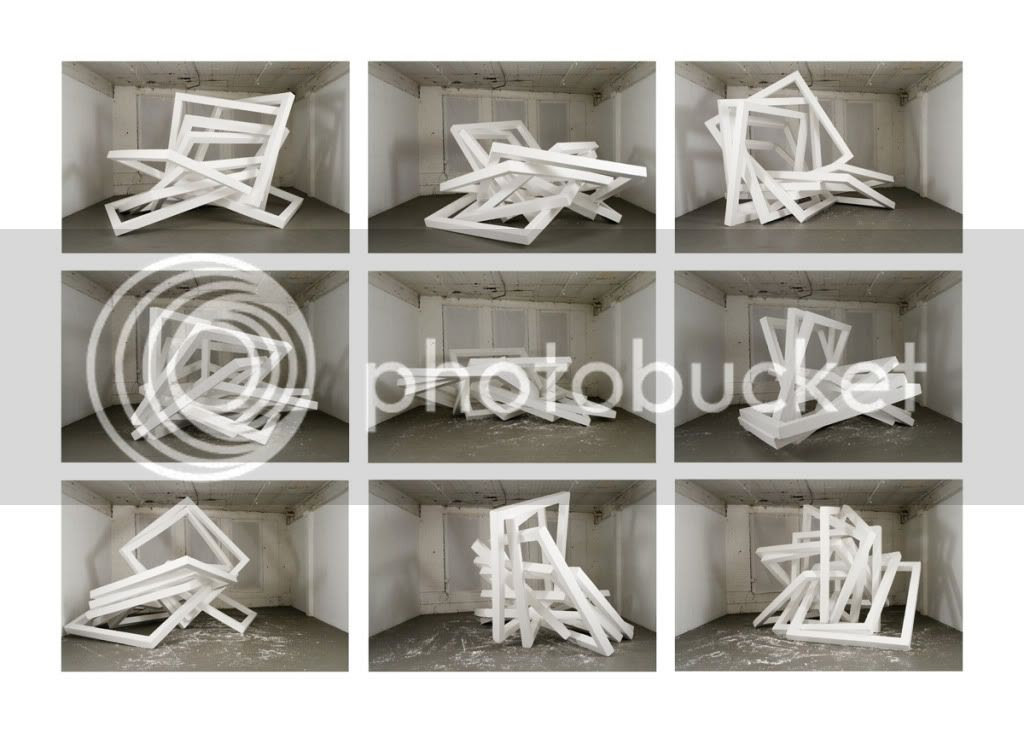 The Dikeou Collection is pleased to announce the installation of Untitled (Bannock & California), a sculpture by Nils Folke Anderson

Anderson's work emerges from a tradition of Minimalism, combining the forms of demigods like Serra, Judd, and LeWitt with the movements and kineticism of Trisha Brown. Constructed from a series of large interlocking square frames made of the unlikely material of expanded polystyrene, the 631?2 lb “giant” creates the illusion of formality while literally playing with the very virtues it seems to extol.

During the opening, Anderson will re-arrange the piece through the space to display the work as a “continuous sculpture” being shifted to defined and redefined 3-dimensional positions, moving in and of itself to demonstrate a principle of interrelation dubbed “reciprocal linkage” by the artist. In reciprocal linkage all of the frames are functionally equivalent in size, shape, material, color; but the work as a whole is infinitely adaptable via human movement. This movement, as in dance, is open ended, almost as if the piece—like an audio recording—is put on “pause” then once again set in motion. The shifting in turn deteriorates the massive monument as it is repositioned, creating site-specific detritus of polystyrene that become breadcrumbs in a forest of Minimalist forms.

Interestingly, in sourcing the material for the sculpture we discovered that Denver is a major hub for polystyrene production—tying this piece in with the manufacturing sector of our city.

The work of Nils Folke Anderson has been exhibited at the Robert Miller Gallery, Phillips de Pury, the Whitney Art Party, and Robert Wilson?s Watermill Foundation, among other venues, and he will be completing a permanent public sculpture in Ilford, UK to coincide with the opening of the 2012 Olympic Games. In the context of the nearby Denver Art Museum, Anderson has previously collaborated with Studio Daniel Libeskind on a proposal for the Malmö Concert Hall in Malmö, Sweden.

The Dikeou Collection is a private collection of contemporary art, located at 1615 California St on the 5th floor. It is open to the public Wednesday-Friday 11-5 and by appointment.