Author Bennett Sims has been selected to receive the annual Bard Fiction Prize for 2014.

ANNANDALE-ON-HUDSON, N.Y.—Author Bennett Sims has been selected to receive the annual Bard Fiction Prize for 2014. The prize, established in 2001 by Bard College to encourage and support promising young fiction writers, consists of a $30,000 cash award and appointment as writer in residence at the College for one semester. Sims is receiving the prize for his debut novel, A Questionable Shape (Two Dollar Radio, 2013). In this penetrating novel set in Baton Rouge, Sims writes about a son looking for his undead father and transcends traditional zombie narrative to deliver a wise and philosophical rumination on the nature of memory and loss. Sims will be writer in residence at Bard College for the spring 2014 semester, where he will continue his writing, meet informally with students, and give a public reading.

The Bard Fiction Prize committee writes: “The judges delight in welcoming to the literary community of Bard a writer whose first novel represents a powerful (and very readable) fusion of genres—a story about the vagaries of human perception which is also a wild romp of zombies biting through a curiously lyrical apocalypse. The writing is intricate, thoughtful, its characters are like most of us obsessed with games and devices, the text bejeweled with footnotes. The author was one of the last students of David Foster Wallace, who was the first reader of the first version of this haunting novel of love and estrangement.”

Bennett Sims was born in Baton Rouge, Louisiana, and has studied at Pomona College and the Iowa Writers’ Workshop, where he received a Provost Fellowship and a Michener-Copernicus Award after graduating. A Questionable Shape was published in 2013 by Two Dollar Radio. His fiction has appeared or is forthcoming in A Public Space, Conjunctions, Electric Literature, Tin House, and Zoetrope: All-Story.

The creation of the Bard Fiction Prize, presented each October, continues Bard’s long-standing position as a center for creative, groundbreaking literary work by both faculty and students. From Saul Bellow, William Gaddis, Mary McCarthy, and Ralph Ellison to John Ashbery, Philip Roth, William Weaver, and Chinua Achebe, Bard’s literature faculty, past and present, represents some of the most important writers of our time. The prize is intended to encourage and support young writers of fiction to pursue their creative goals and provide an opportunity to work in a fertile and intellectual environment. Last year’s Bard Fiction Prize was awarded to Brian Conn for his book, The Fixed Stars (Fiction Collective 2, 2010).

ABOUT THE BARD FICTION PRIZE
The Bard Fiction Prize is awarded to a promising, emerging writer who is an American citizen aged 39 years or younger at the time of application. In addition to the monetary award, the winner receives an appointment as writer in residence at Bard College for one semester, without the expectation that he or she teach traditional courses. The recipient gives at least one public lecture and meets informally with students. To apply, candidates should write a cover letter explaining the project they plan to work on while at Bard and submit a C.V., along with three copies of the published book they feel best represents their work. No manuscripts will be accepted. Applications for the 2015 prize must be received by July 15, 2014. For information about the Bard Fiction Prize, call 845-758-7087, send an e-mail to bfp@bard.edu, or visit www.bard.edu/bfp. Applicants may also request information by writing to the Bard Fiction Prize, Bard College, Annandale-on-Hudson, NY 12504-5000. 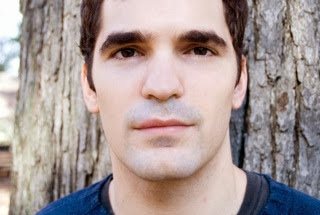