EMILY DICKINSON IN LIFE AND POETRY IS
THE SUBJECT OF A MAJOR EXHIBITION
AT THE MORGAN LIBRARY & MUSEUM
I’m Nobody! Who are you? The Life and Poetry of Emily Dickinson
January 20 through May 21, 2017
**Press Preview: Thursday, January 19, 10–11:30 am**
RSVP: media@themorgan.org 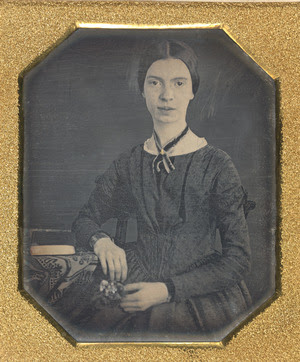 New York, NY, December 13, 2016 — One of the most popular and enigmatic American writers of the nineteenth century, Emily Dickinson (1830–1886) wrote almost 1,800 poems. Nevertheless, her work was essentially unknown to contemporary readers since only a handful of poems were published during her lifetime and a vast trove of her manuscripts was not discovered until after her death in 1886.

Often typecast as a recluse who rarely left her Amherst home, Dickinson was, in fact, socially active as a young woman and maintained a broad network of friends and correspondents even as she grew older and retreated into seclusion. Bringing together nearly one hundred rarely seen items, including manuscripts and letters, I’m Nobody: Who are you?—a title taken from her popular poem—is the most ambitious exhibition on Dickinson to date. It explores a side of her life that is seldom acknowledged: one filled with rich friendships and long-lasting relationships with mentors and editors.

The exhibition closely examines twenty-four poems in various draft states, with corresponding audio stops.  In addition to her writings, the show also features an array of visual material, including hand-cut silhouettes, photographs and daguerreotypes, contemporary illustrations, and other items that speak to the rich intellectual and cultural environment in which Dickinson lived and worked. The exhibition is organized in conjunction with Amherst College.

“Emily Dickinson’s work—and life—remain endlessly compelling to literary scholars and to the larger artistic community,” said Colin B. Bailey, director of the Morgan Library & Museum. “With its experimental poetics and vivid language, her verse continues to be a source of critical inquiry, while her quiet, unassuming years in Amherst are celebrated in music, theatre, and the cinema. The Morgan’s exhibition explores a less well-known aspect of her life—her personal and professional friendships—that will surely delight and surprise exhibition-goers.”