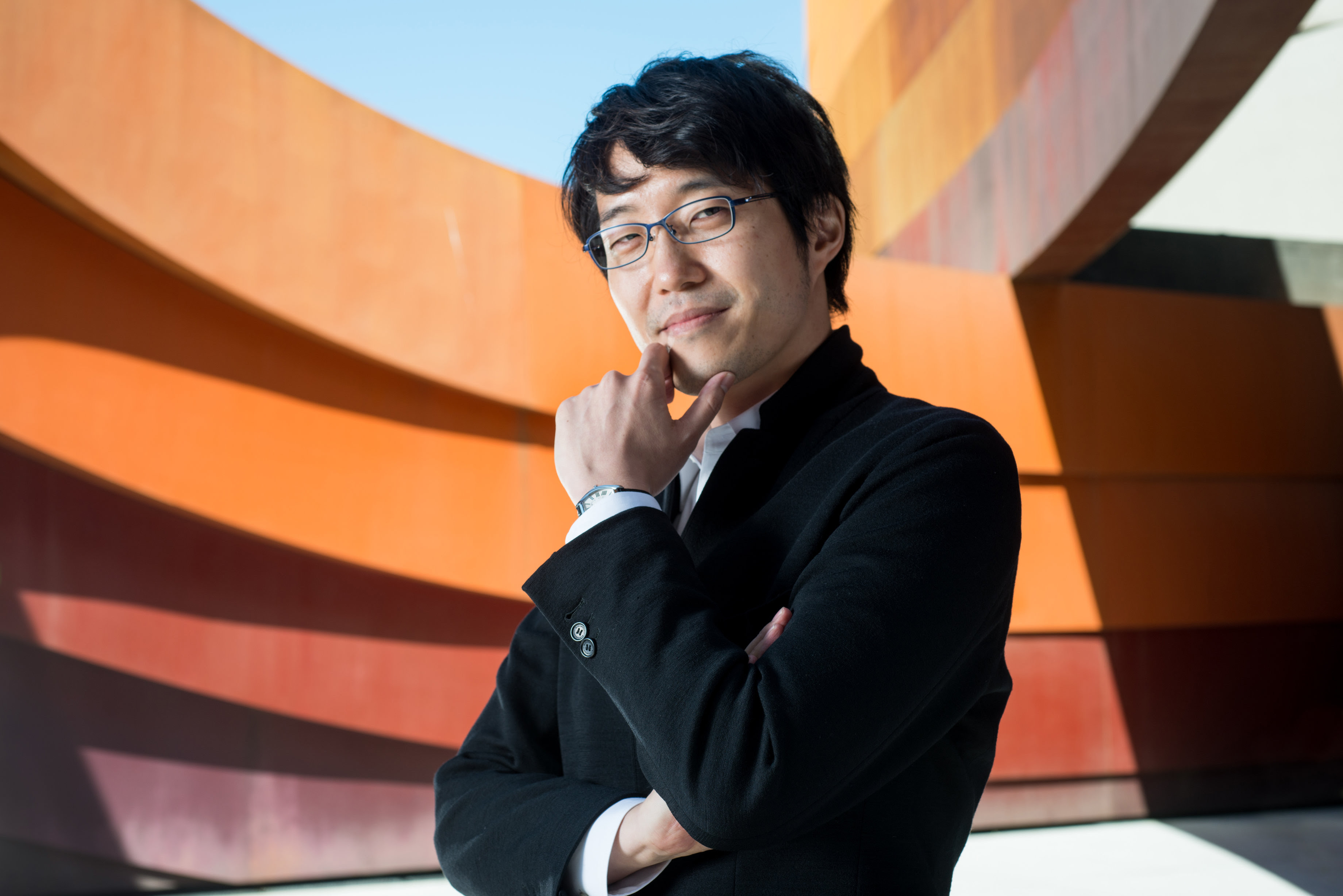 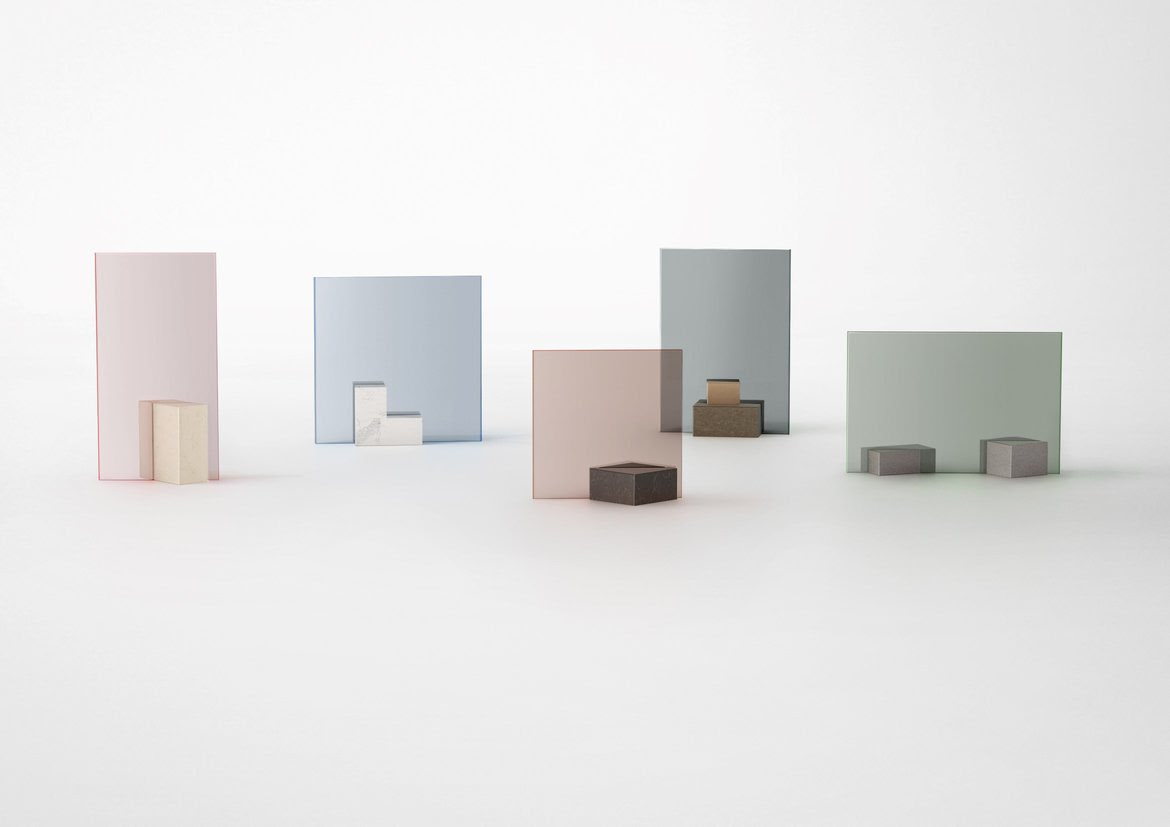 May 2016: Design Museum Holon is pleased to announce 'in the shade', a newly commissioned piece by leading Japanese design studio nendo, as part of the upcoming Museum's retrospective nendo: the space in between. The piece will stay at the Museum as part of the permanent collection.

‘in the shade’ is a series of 5 free-standing screens constructed using sheets of glass coloured by Glas Italia supported by Caesarstone pedestals. Each pedestal has been positioned to look as though it penetrates the glass' surface, appearing as if shade is falling onto the pedestal. Looking at the piece from one side, it evokes the feeling of being "outdoors" while what lies behind the screen appears to be "indoors". The overall effect of "the space in between" is achieved by separating the inside and outside through the overlapping boundaries between mass and air, light and shade.

"When we observed the landscape of Israel we noticed the powerful shaft of "sunlight" and the "shadow" that it creates, together they generate several overlapping boundary surfaces." – Oki Sato, nendo

The exhibition will address the challenges and the related solutions that nendo has encountered while interacting with the different typologies of objects and their unexplored areas.

nendo: the space in between will stretch from the interior to the exterior of the Design Museum Holon’s grounds, to provide an overall thought-provoking and immersive experience.

To be presented in the external entrance to the Museum will be 'stone garden', a collaboration between nendo and Caesarstone that was previously exhibited at Toronto's Interior Design Show and Milan Design Week in 2013. 'stone garden' consists of 155 table-like elements made out of ten different stone-shaped Caesarstone colours, each supported by a simple metal rod and secured by an overlapping design. The elements are clustered together to form a seemingly floating landscape.
Fineartmagazine